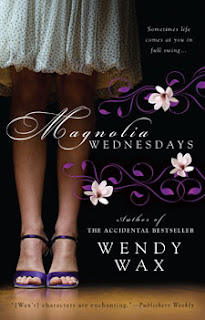 Top notch journalist Vivian Gray has it all. She’s got the investigative reporting career of her dreams and the most amazing boyfriend she could ever hope for. Life is perfect. But as quickly as success found her, so is Vivian left scrambling for some semblance of the life she knew. Chasing a lead, Vivian travels to the depths of a New York City parking garage in hopes of getting the undercover skinny on what could very well be a huge Wall Street scandal. However, things go horribly awry, and Vivian not only loses her jump on what could have been an incredible story, but she also is suddenly the laughing stock of America. Plus to make matters worse, Vivian finds herself on the outs with her network. Apparently being forty one makes her too old to draw the ratings they’re looking for, so they’re bringing in someone new- someone younger and fresher to take her place. Unwilling to just roll over and take the hit quietly, Vivian quits. She understands the position she’s in; it’s a nightmare. Lucky for Vivian it’s one that can most definitely not get any worse. Or so she thinks.

A call from her doctor quickly dispels that theory though. For what Vivian finds out is nothing short of shocking- she’s pregnant! With her longtime war correspondent boyfriend Stone, on assignment in Afghanistan, Vivian finds herself unable to burden him with the astounding news. It’s not that she will never tell him, but it’s a doozie and something she wants to wait for just the right moment share.

Down and out on her luck, Vivian discovers that finding a new job isn’t as easy as she’d expected. Apparently her old network isn’t the only one that sees age as being a stumbling block instead of a stepping stone of experience. And whether she planned for it or not, Vivian is pregnant and she simply must find a job if she’s got any hope of supporting herself. That’s why when a lowly gossip column position becomes available, despite her very nature to shy away from it in disgust, Vivian puts herself forward and claims the job as her own.

It’s not a pretty job, but it’s one Vivian believes she can handle. She’ll have to do it discreetly of course, or risk making an even bigger name for herself, and not in a good way. And she really has been meaning to visit her sister down South in the Georgian suburbs. What better time than now? She can kill three birds with one stone. She can hide out from all the recent unwanted media attention. She can spend some time with her family. And best of all, it’ll be the perfect cover for her less than honorable research she intends to do to write her new column Postcards from Suburbia.

If only she’d known then how terribly wrong she was.

The goldmine of possible column ideas is simply unprecedented here in suburbia. Even Vivi, as her sister Melanie likes to call her, wasn’t prepared for the limitless, rant worthy wealth. Be that as it may, Vivi begins to find herself being drawn in more and more by the people she’s come to know as friends here in the Atlanta suburbs. Noting her initial impressions wrong, Vivi finds she’s starting to understand and even appreciate some of the formally foreign nuances of suburbia. The trouble is, she still has a column to write. So, personal feelings of guilt aside, if she expects to bring home a paycheck Vivian must continue to come up with something to write about, never mind the repercussions that could entail if she’s ever found out.

It’s a roller coaster of emotions and constant string of stupid mistakes. But at the end of the day, it’s Vivi’s life. And she’s hoping against all hope that it’ll not end up toppling over leaving her grasping for straws. Yet only time will tell…

Magnolia Wednesdays is by far one of the best books I’ve ever read, and certainly the best I’ve had the privilege to read so far this year. Written with what seems a flawless ease, this story was riveting and completely one hundred percent realistic. It’s written as a work of fiction, yet could easily be based on someone real’s life. For you see, the suburbs described in this story could just as easily been here in my town in Oklahoma as opposed to Georgia. The calls Vivian made on how life revolves around status and kids was very true. Of course, like Vivi discovers in the story this is not always a bad thing. There can certainly be too much competition and schedule overload, but these alone are not pigeon holed to the ‘burbs either.

I found Wax’s point of view refreshingly honest, and I loved how well thought out Vivian’s story was. It was carefully designed to show real life through the eyes of both the outsider and the insider, and that made it so much fun to read. The thoughts and actions that defined Wax’s characters were the same ones that exist in the real world on a daily basis. It was easy to relate to the women in Magnolia Wednesdays because of the time and care spent in developing them and their stories. I could understand and relate to them. I could feel their joy and sense their pain. In short, it was amazing.

This was my first introduction to Wendy Was, and now that I’ve been given a taste of her delicious brilliance I cannot wait to see what fine wonders her others titles bring to the table!!!

Many thanks to Joan Schulhafer and Caitlin Brown for this chance to read and review Magnolia Wednesdays. It’s been a real pleasure!